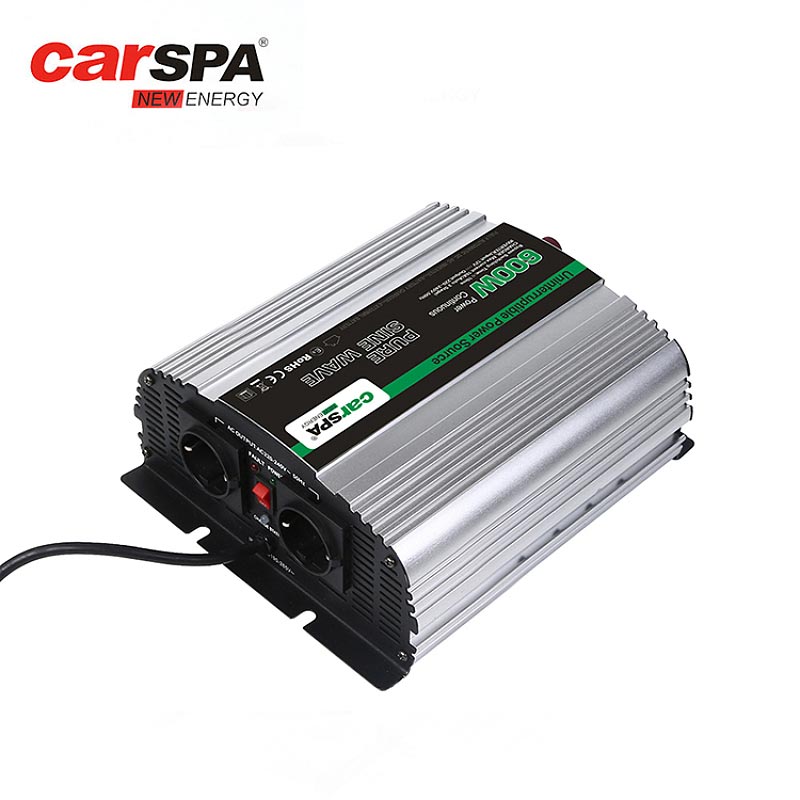 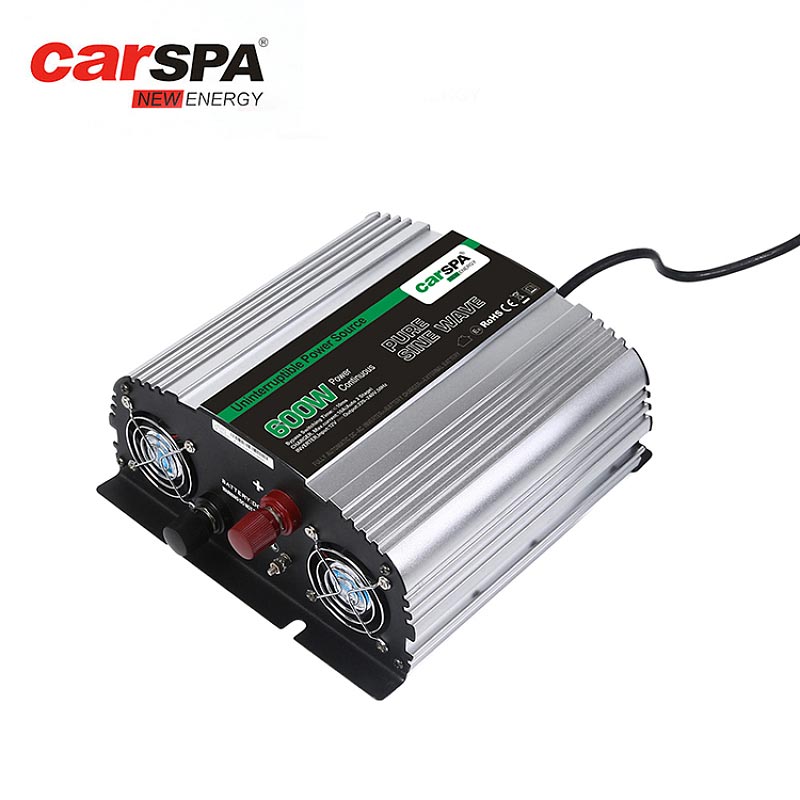 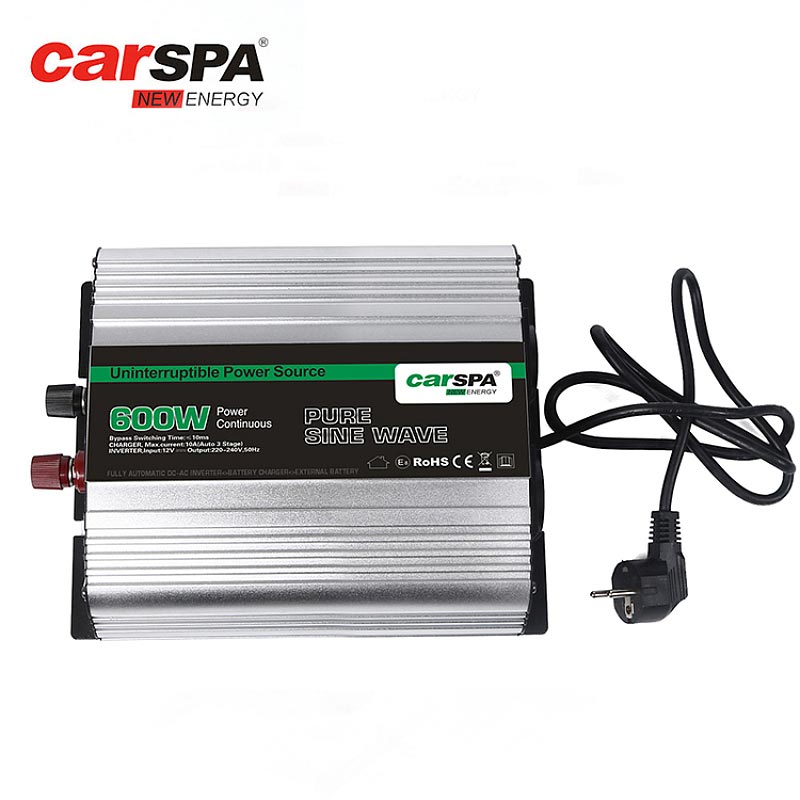 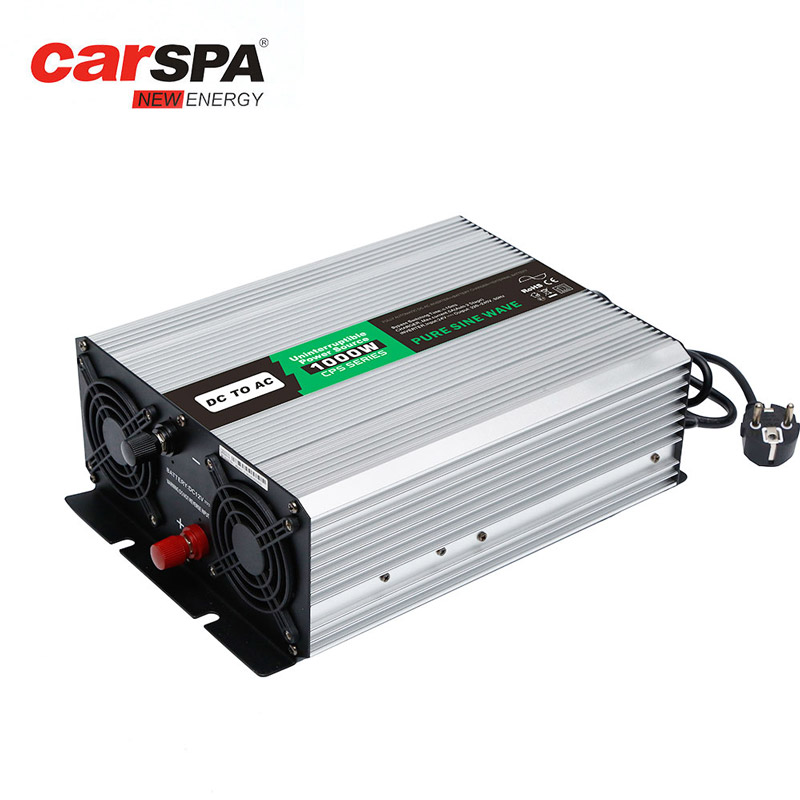 Product Features: Both DC and AC inputs; Surge ratings of 2000W; Maximum bypass current of 10A; 3 Stage B... 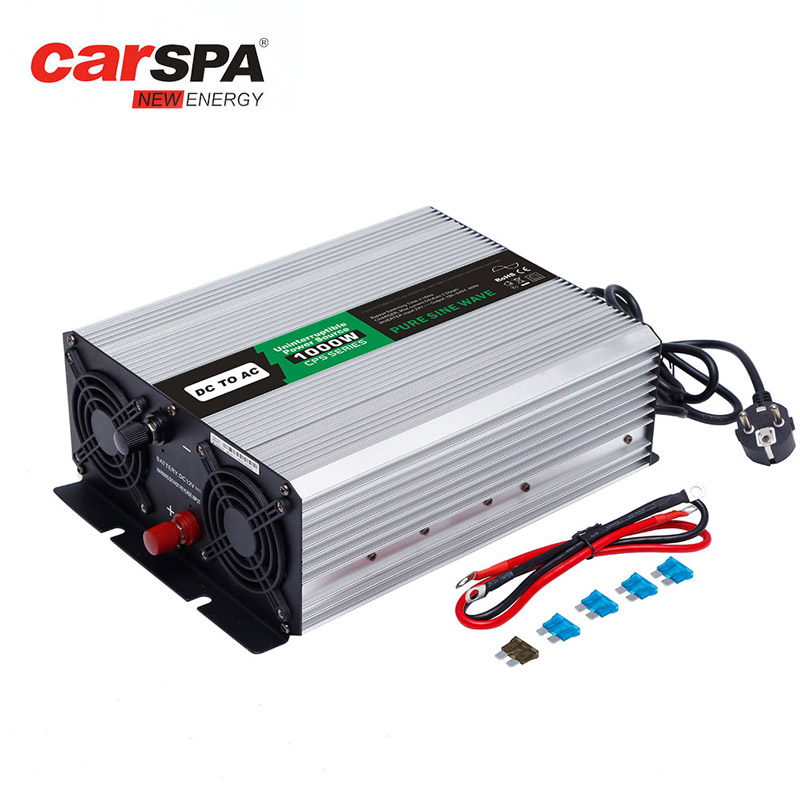 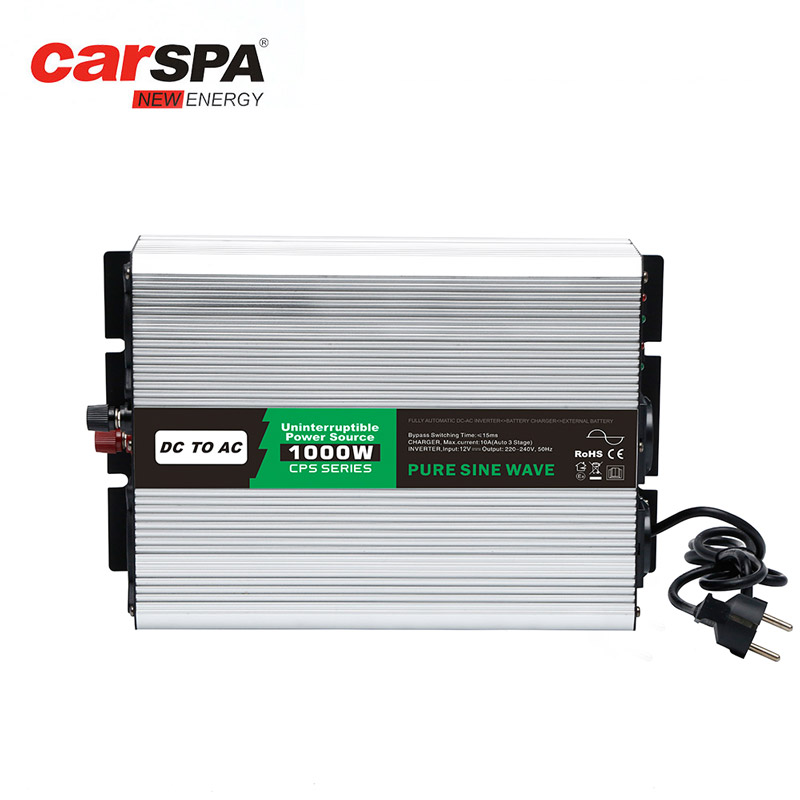 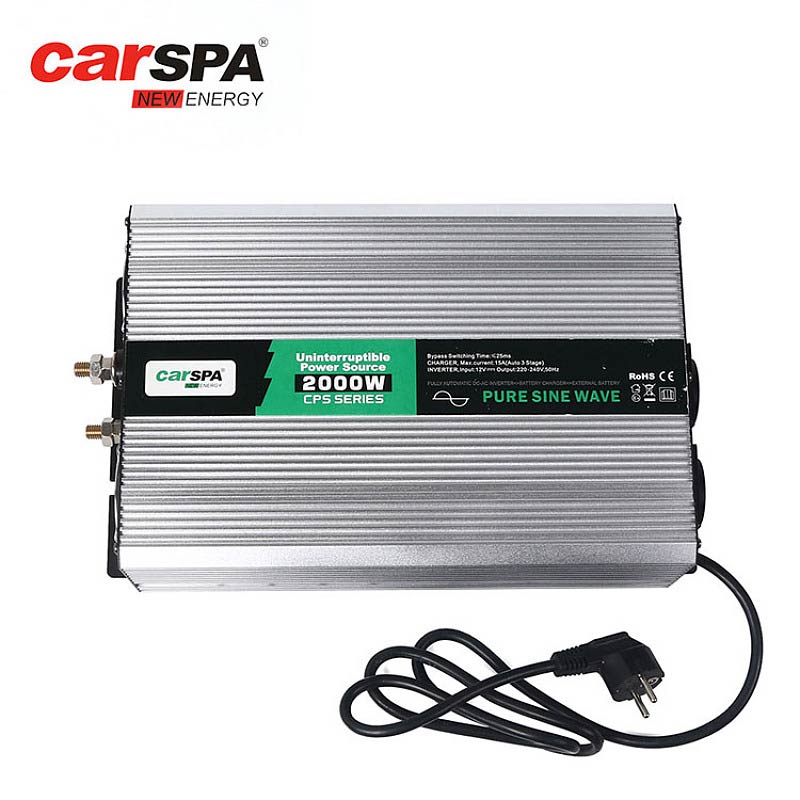 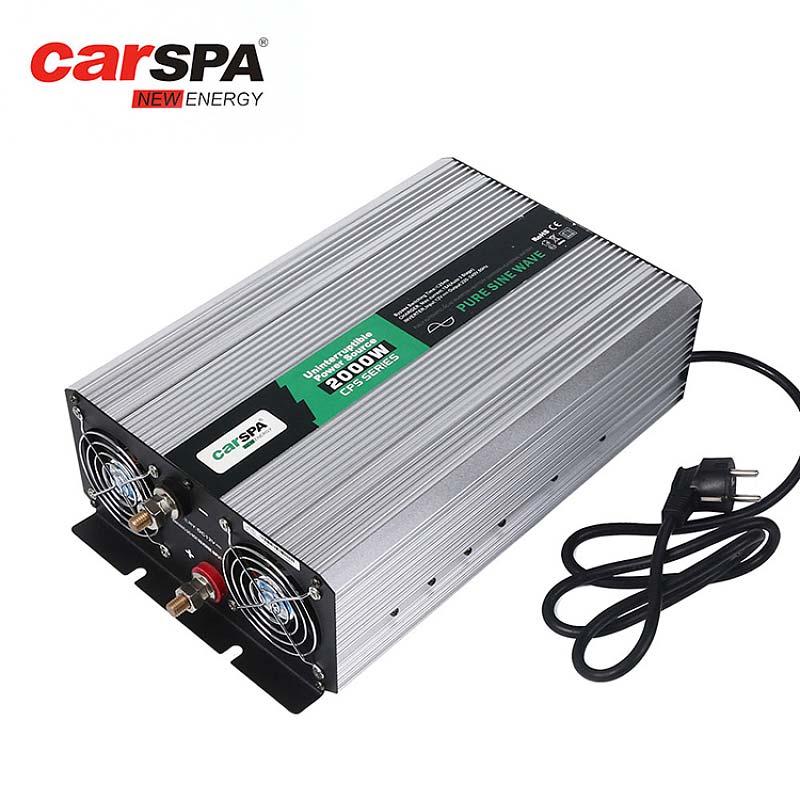 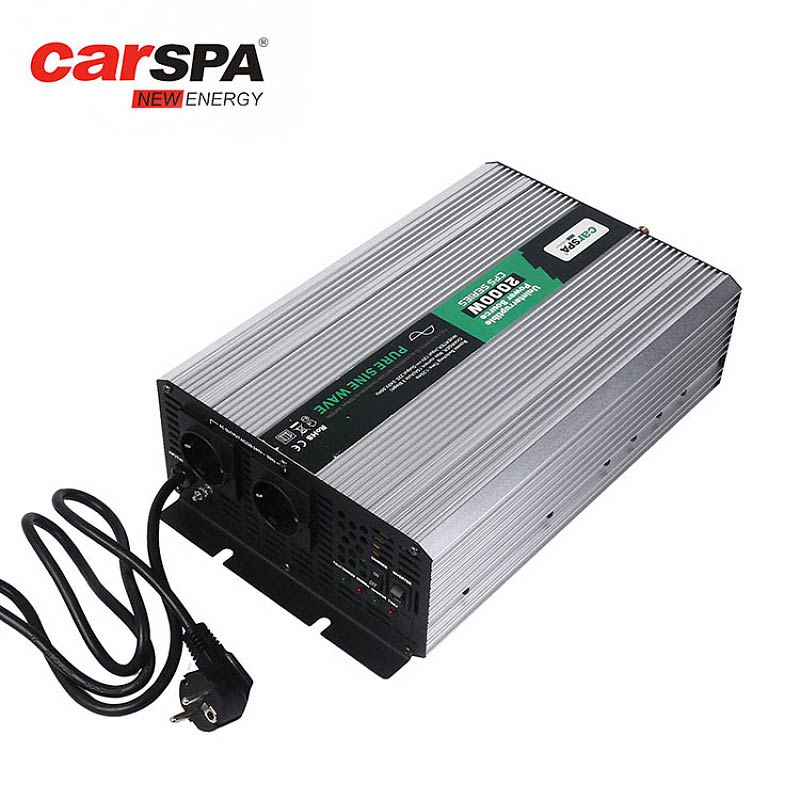 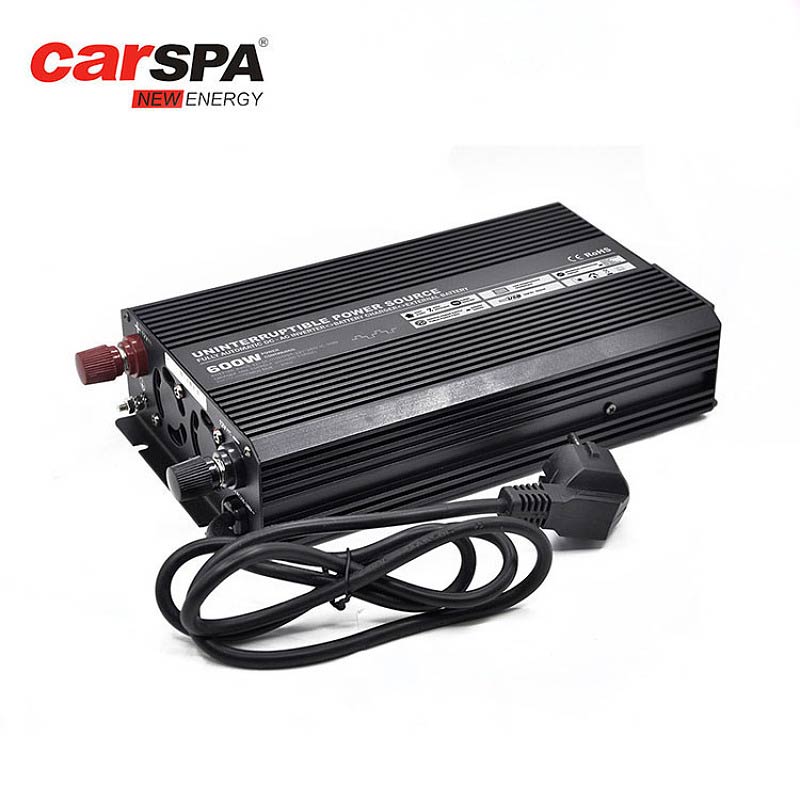 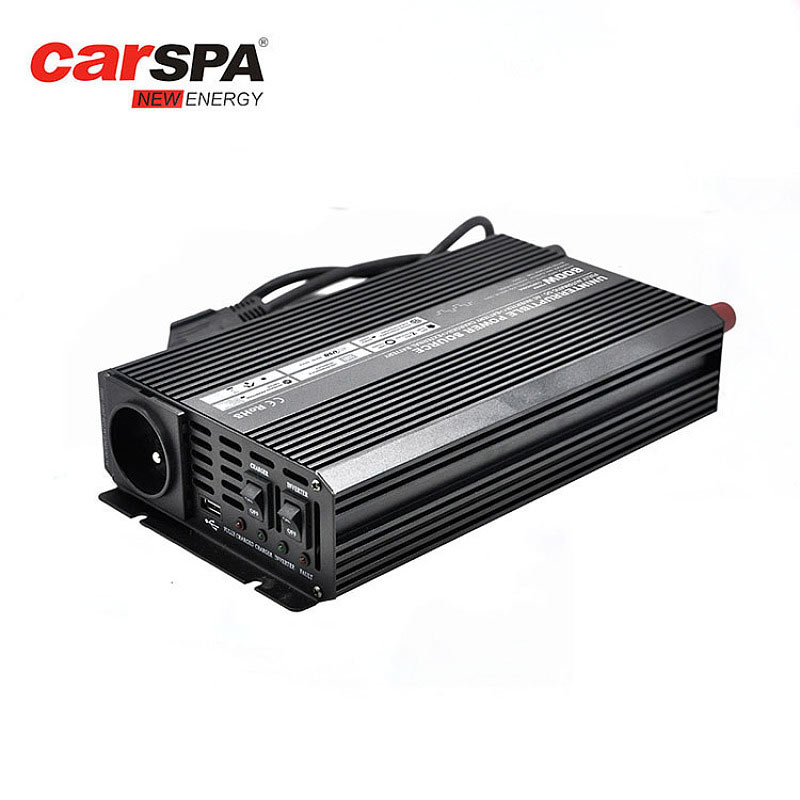 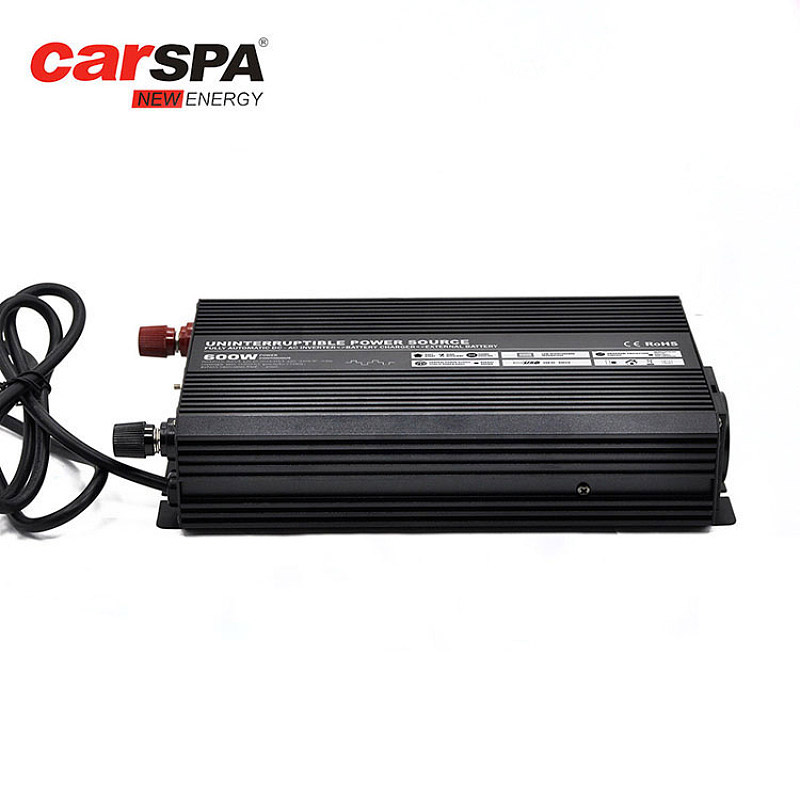 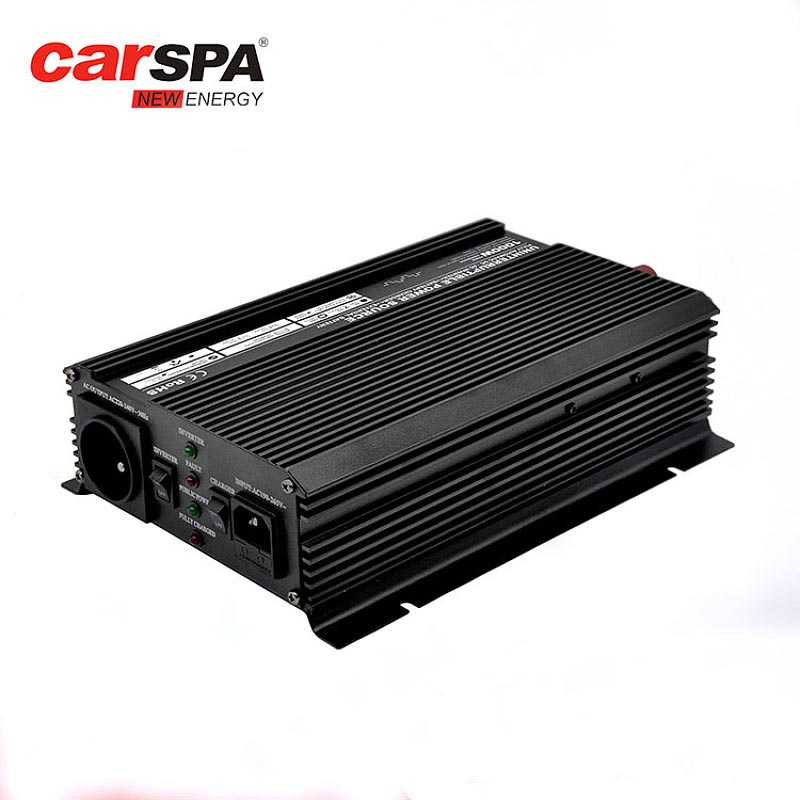 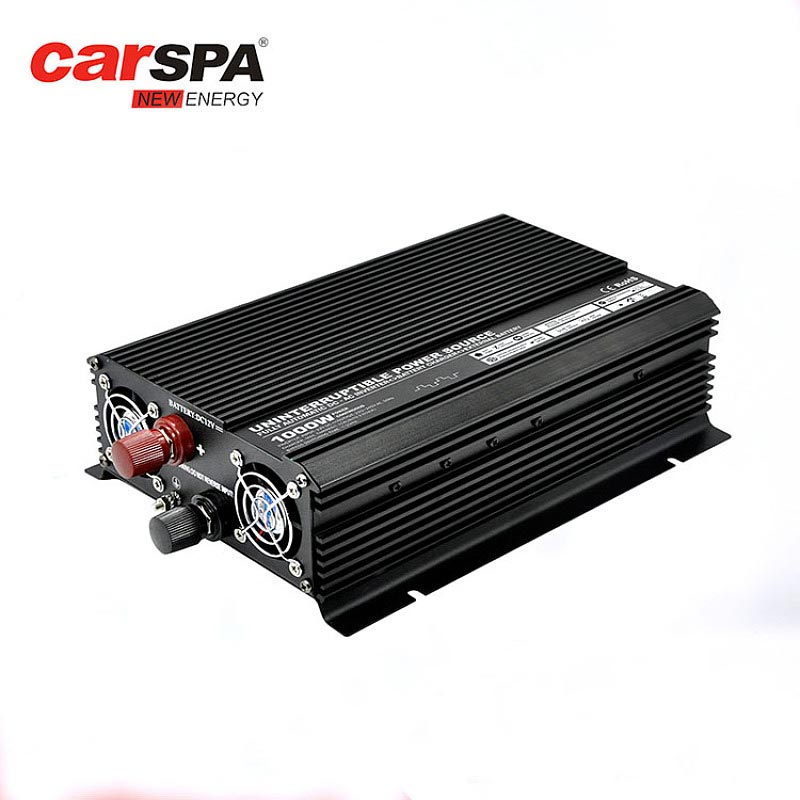 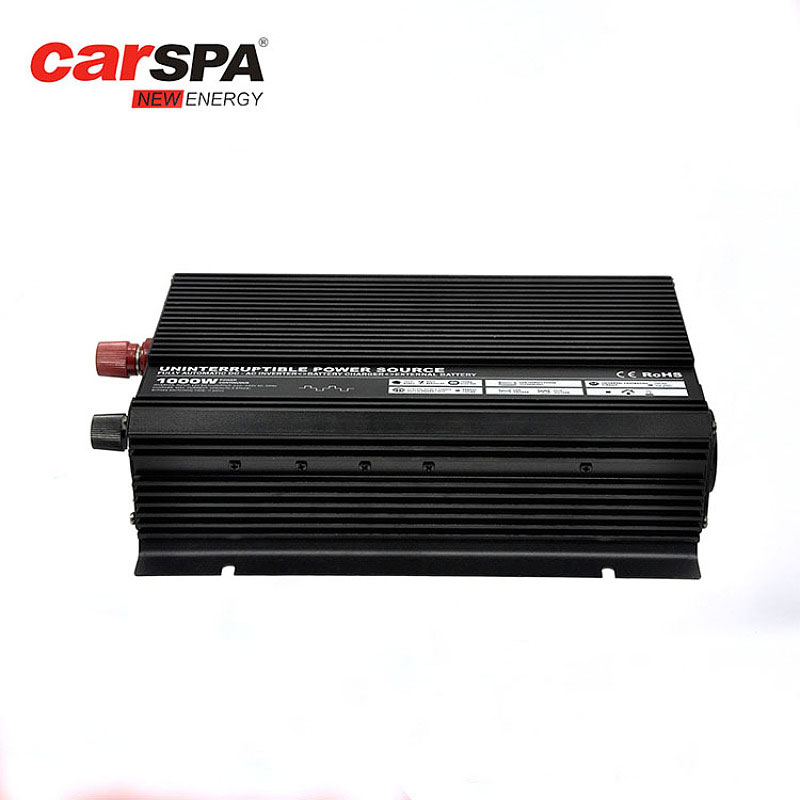 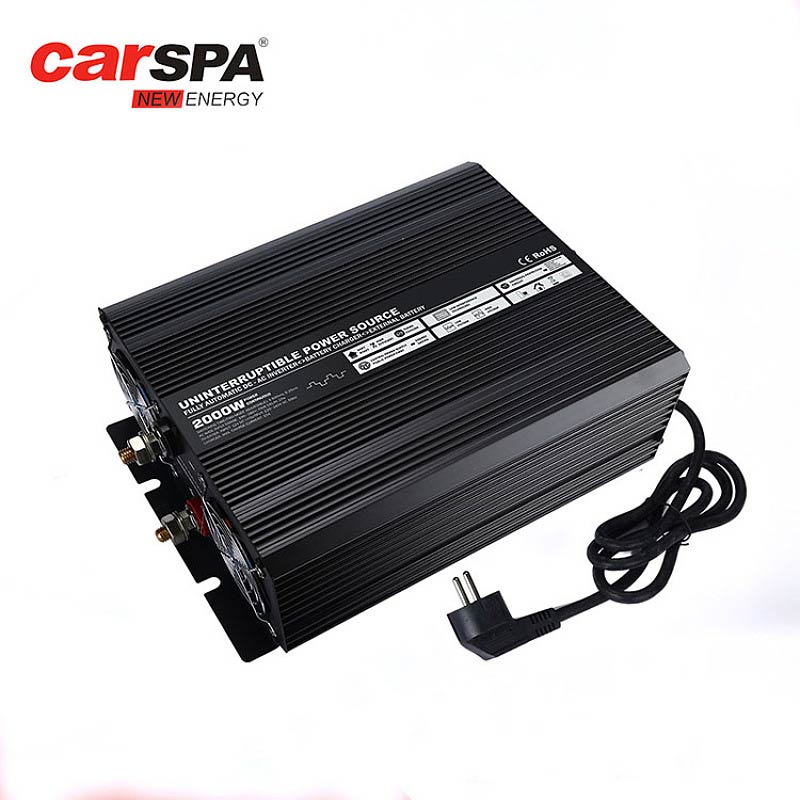 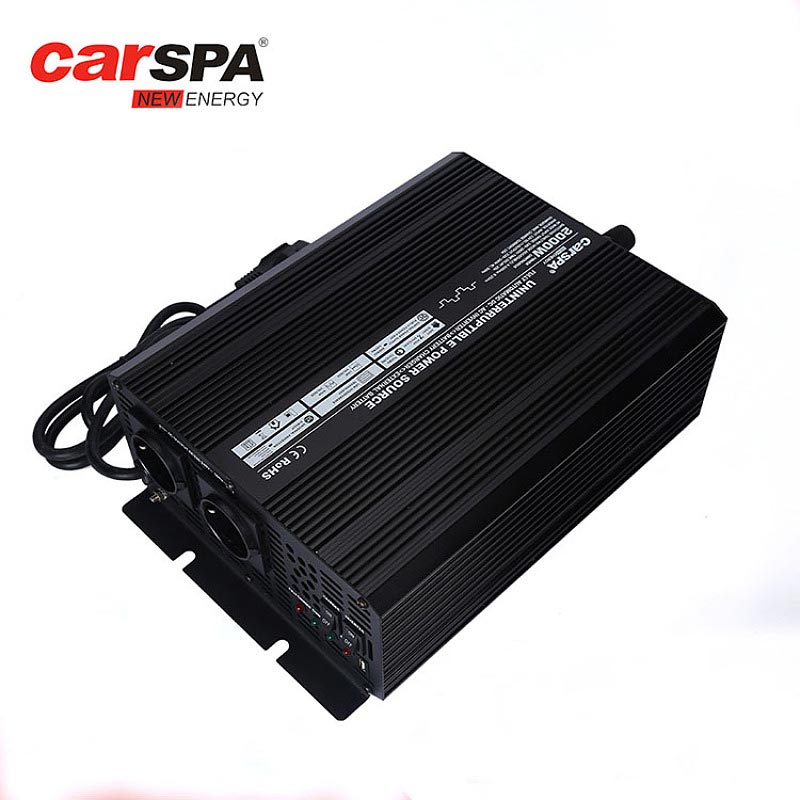 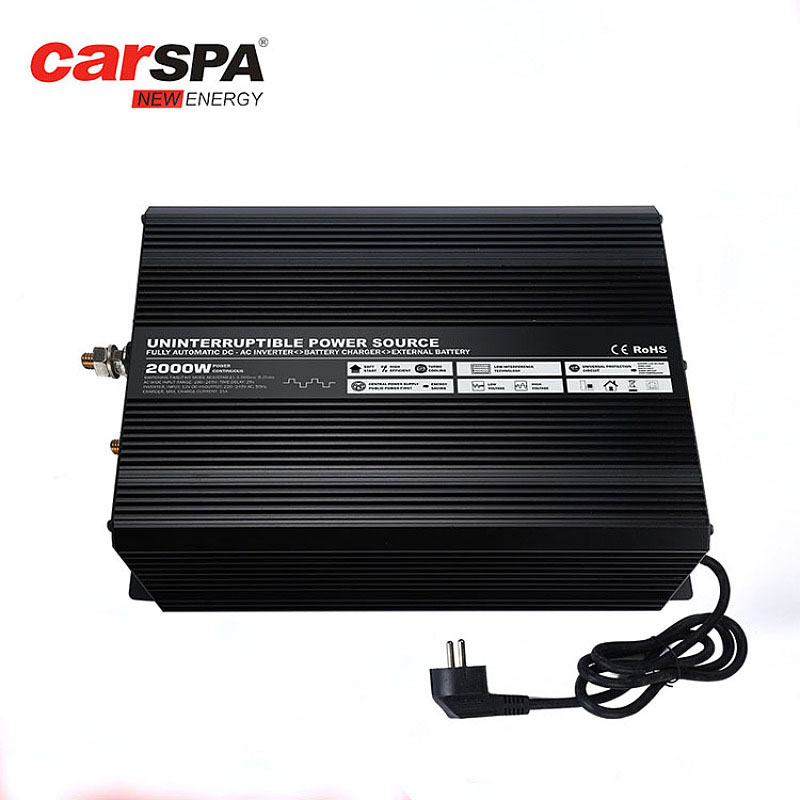 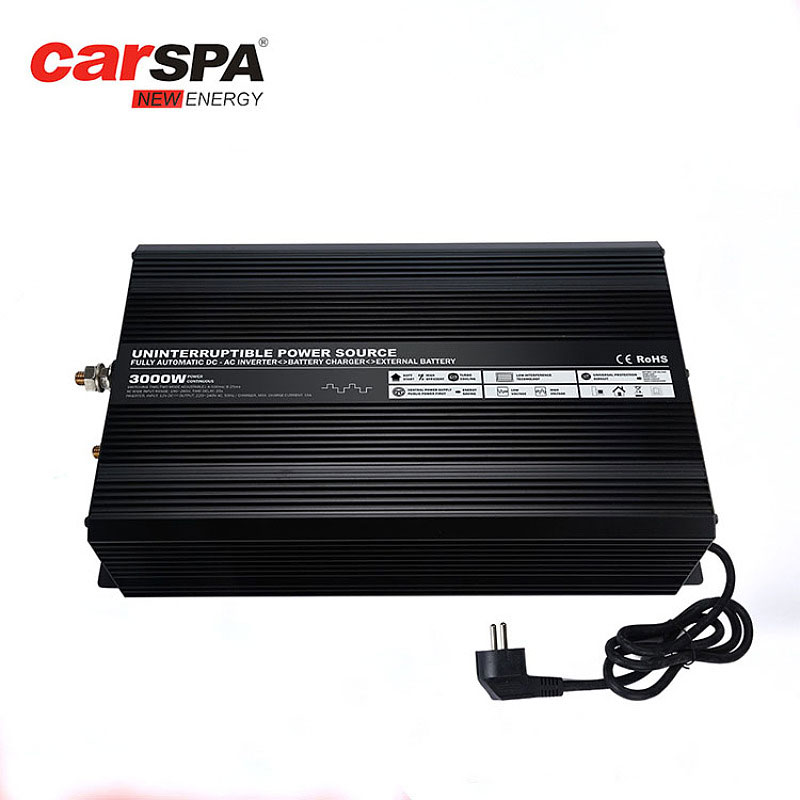 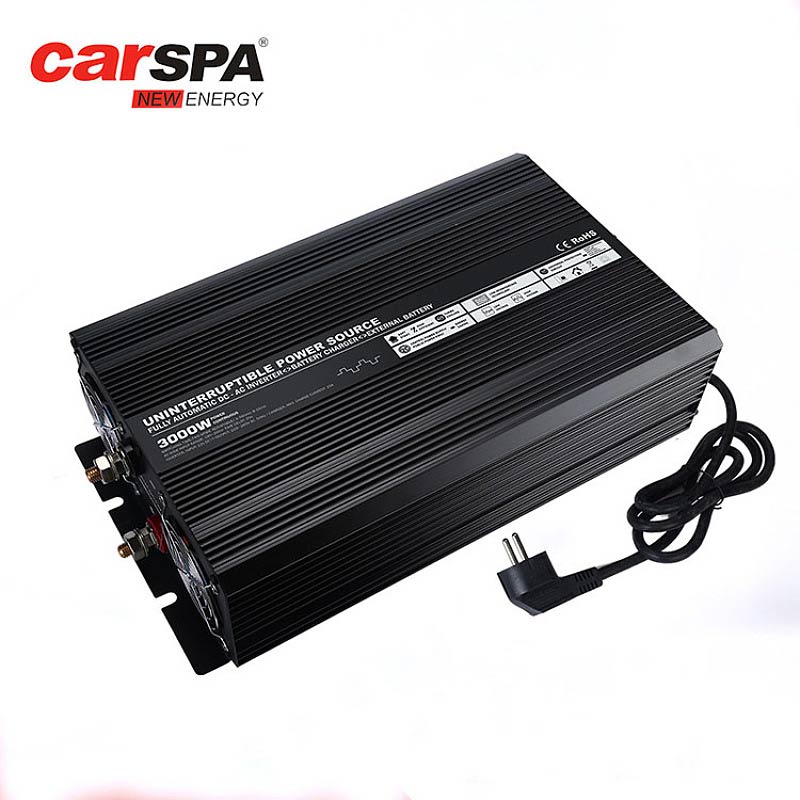 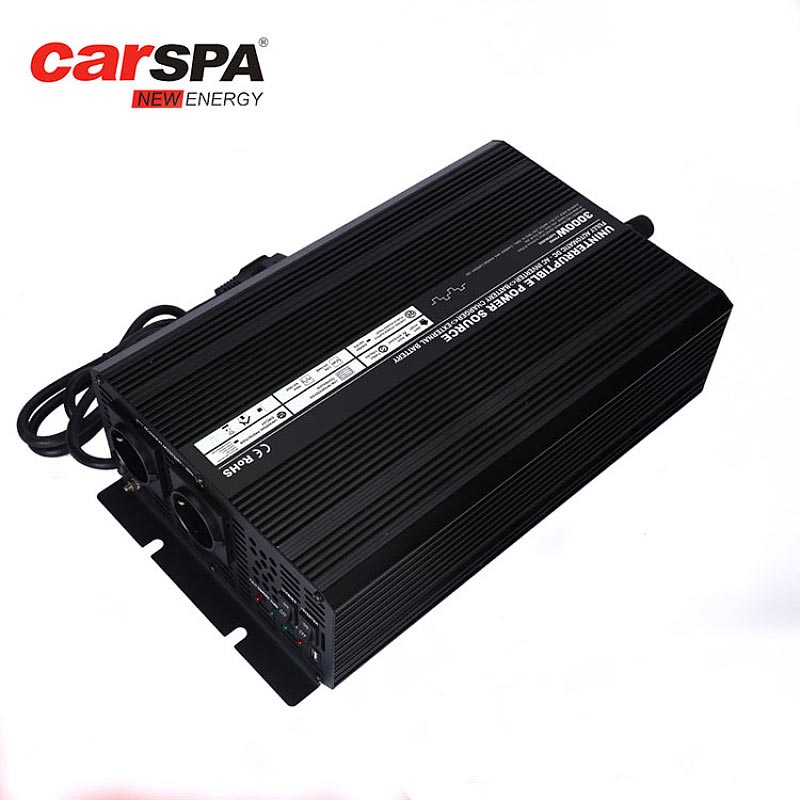 Principle of UPS
When the public power is off, it supports the electrical appliance with power from battery by converting dc to ac.
When the public power on, it auto switches to main AC power and charge the battery at same time with 3 stage (constant current, constant voltage, floating). The transfer time can be chosen between 25ms and 500ms.

How to choose a UPS
Most electrical tools, appliances and audio/video equipment have labels that indicate the power consumption in amps or watts. Be sure that the power consumption of the item you wish to operate is rated within UPS Wattage or less. (f the power consumption is rated in amps AC, simply multiply by the AC volts to determine the wattage ). The UPS ( inverter mode ) will shut down if it is overload. The overload must be removed before the UPS restart. Resistive loads are the easiest for the UPS to run. However, larger resistive loads, such as electric stoves or heaters, usually require more wattage than the inverter can deliver. Inductive loads, such as TV's and stereos, require more current to operate than do resistive loads of the same wattage rating. Induction motors, as well as some televisions, may require 2 to 6 times their wattage rating to start up. The most demanding in the category are those that start under load, such as compressors and pumps. Testing is the only definitive way to determine whether a specific load it can run. To restart the unit after a shutdown due to overloading, remove the overload if necessary turn the power switch OFF then ON.