All in one inverter 5kva solar system for home
"All in one solar inverters,also called the hybrid inverter,can be connected directly to a battery storage system, work as a solar UPS system for home.Allowing the self-using solar energy more convenient. 4 in 1 power inverter combining functions of inverter, solar charger and battery charger,offer uninterruptible power support with portable size. Its comprehensive LCD display offers user-configural.Range from 1.5kva to 5kva, can well fit the home using solar power kits." 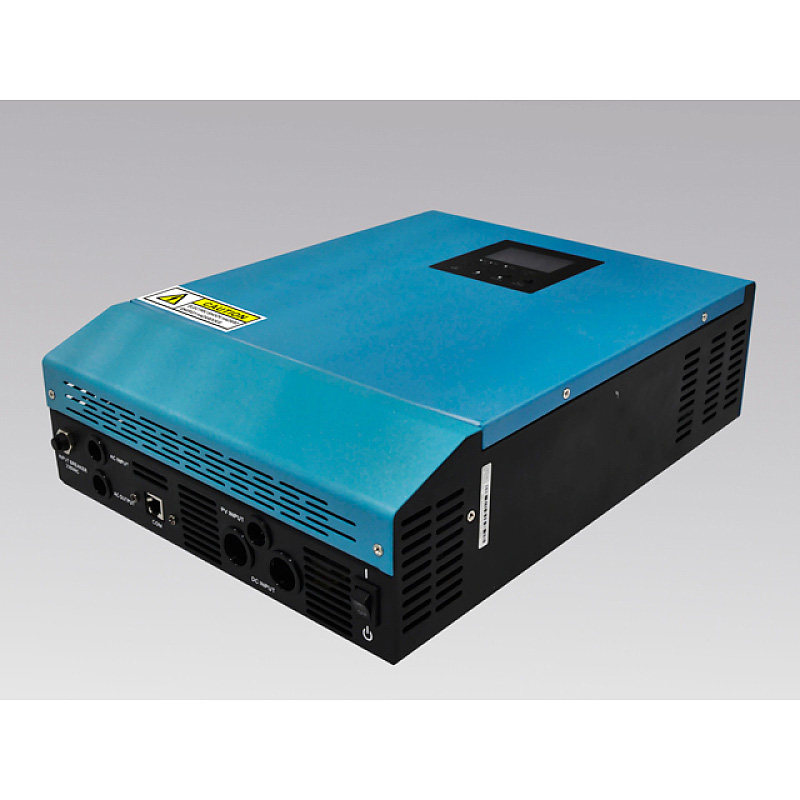 Multi-function inverter/charger, it is a smart inverter that stores excess solar energy in a battery system for its own use. Hybrid inverters work like regular grid-tied solar inverters, but can typically operate in one of a number of different modes depending on the application. This includes battery power from backup power in the event of a power outage.

It has built-in pure sine wave inverter,battery charger for sealed GEL/AGM, lead-acid battery,solar charge controller, UPS function.
Pure sine wave power inverter
The waveform is close to the grid power,stable and better for equipment connected
Battery charger
Charge the battery from the PV or AC side, and the energy stored in the battery can be used later.
Solar charge controller
Regulating the solar power from PV.
There are PWM and MPPT types for option.PWM is 70-80% effeciency when another is 95%-99%
UPS function
Uninterruptable Power System, avoid damage to AC loads due to sudden voltage flauctation

Compare to seperately inverter, charger and solar charge controller, it can reduce the device cost and make the installation easier.

All in one solar inverter have easy-accessible button operation such as battery charging current, AC/solar/battery programmed priority, and acceptable input voltage based on different applications.Its LCD display setting is also user friendly.